He took command over the 3rd Battalion, 4th Marines,when the Japanese forces attacked, but was taken Prisoner by the Japanese on the Philipinne Islands on May 8, 1942 and died on board the Hellship Enoura Maru on Jan. 9, 1945.

John entered  the service from Pennsylvania with service number # 0-000004.

John P. Adams died on board the Hellship Enoura Maru when it was torpedoed and Sunk, on Jan. 9, 1945, and he is honored with the Purple Heart.

The President of the United States of America takes pride in presenting the Navy Cross (Posthumously) to Lieutenant Colonel John Porter Adams United States Marine Corps, for extraordinary heroism in action while serving as District Marine Officer, SIXTEENTH Naval District, Cavite (P.I.) Navy Yard, during the bombardment and occupation of the Philippine Islands by enemy Japanese forces beginning on 10 December 1941. Courageous and untiring under repeated and sustained hostile bombing and strafing attacks, Lieutenant Colonel Adams rendered valiant service during the gallant stand by our forces against a prolonged and determined siege by the Japanese. His inspiring leadership, outstanding fortitude and unwavering devotion to duty were in keeping with the highest traditions of the United States Naval Service. 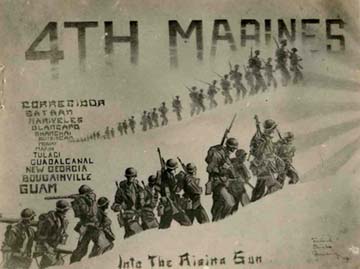